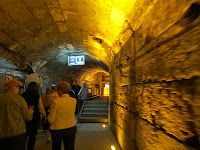 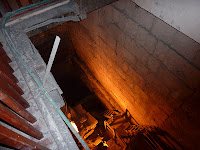 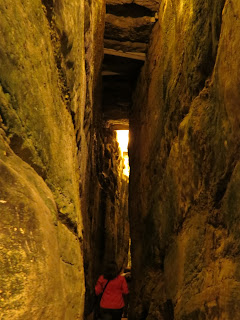 After we visited the Western Wall, we descended below ground to walk the Rabbi's Tunnel. Excavation on the tunnel began after the Six Day War, but was steeped in controversy for political reasons. The work exposed more of the Western Wall and allowed Jews closer access to the location of the Holy of Holies that stood within Herod’s temple. 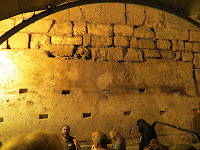 It's a fascinating walk underground which exposes stones supporting the temple mount. Notice the largest stone which is over 14 yards long and dates from the time of Herod. What an amazing feat to have moved it into position. 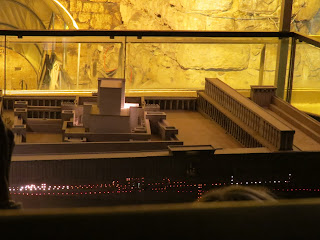 This last picture is a model of the temple mount with Herod's temple. The small lights running along the length of the wall indicate the Rabbi's Tunnel which is now underground. We walked these ancient paths from the time of Herod -- the time of Christ.
Posted by Elaine at 9:14 PM